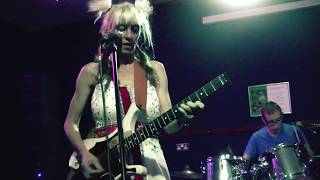 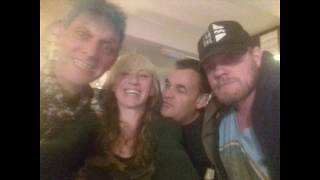 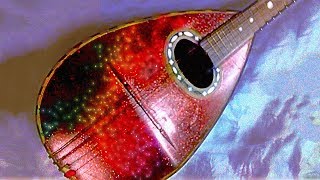 So, there we were, readying ourselves for a little trip up the road -from London to Cornwall- to perform at the Looe Saves The Day festival, when Serena had an idea: "Hey lads! You know that song White Rose that we've been working on? Well, why don't we record it somewhere whilst we're in Cornwall, it'll be fun!" - sounds like a plan, we all agreed... ...Previous to us leaving London, Serena had an idea about doing a day or two recording White Rose somewhere, so she did a Google search and found Sawmill Studios. This infamous recording studio has had loads of well-known artists detonating their music on to tape there over the years, including XTC, Robert Plant, The Stone Roses, The Verve - turns out their rates were waaay above our budget [kind of expected]! Still, all was not lost, as the lovely lady who answered the phone suggested ringing John Cornfield, as he has a "home studio"... Serena gave him a bell and they hit it off straight away. John Cornfield is responsible for recording quite a few well-known musical artists, think: Muse, New Model Army, Stone Roses, Oasis, Supergrass, Robert Plant! So many gold discs adorned John's studio walls it was like being in an ancient Egyptian erm... recording studio. Phew, that's quite a roster to have under your belt, innit‽ John miraculously had a rare gap in his schedule and we chatted about what we wanted to achieve, including the proposal of remixing half a dozen of our previously recorded songs. We agreed a budget, finished packing up our gear and set off to John's place. John's "home studio" is really well-equipped, and as soon as we met we got a great vibe from him, and felt excited that the session would go well. Serena had a bit of a "oh my gawd, overwhelmed" moment (think we all did, to some extent), but soon got over that, as John is so laid-back and affable. He let us sleep in our comfy camper on his drive the night before recording, so that we'd be fresh-as-daisies in the morning. Fresh-as-daisies the next day, we got to work. Drums usually take the longest to set up, though once that was done and Vince was happy with it we started plugging in making some BIG GUITAR NOISE - well, actually, John has a massive, heftily sound-proofed amp cupboard, so even with the valves glowing red hot and volumes set to 11½, we could hardly hear the guitars in the room (sounded fantastic in the cans though!)... this helped to avoid the guitar sounds spilling into the drum mics to aid keeping all the tracks separate. After a few rehearsal takes and lots of tweaking/swearing, we played White Rose as a full live band set-up; minus the audience, other than John's beautiful mutt, Ruby, who mooched about happily. She definitely added to the ambience in the studio, helping us to settle in. Concentrating on the drums initially and happy that it was recorded well. the vibe started shifting up a gear, along with the usual underlying panic/driving excitement that we'd get all the tracks down in before time ran out. Dru played bass and guitar on White Rose (it's mostly Serena's guitar that you hear on that track). Dru's guitar only comes in on the choruses, nicely dirty yet subdued (John's choice, to improve dynamics and keep the frequencies clear enough to let Serena's guitar shine through). Dru's guitar parts within the verses were ace, but it would have overwhelmed the sensitivity of the song, so it is lying in a frozen state on John's virtual cutting room floor. Maybe we'll revive it for the disco-death-core remix, huh? Dru then added his backing vocals, with Vince joining in on the "All the dreameeeeers" bit. We felt so relaxed after a while, Dru got into the habit of mooching around the studio without his trainers on (lovely carpets, thanks John!) and left his footwear in the hallway. When it came to going out for some munch, Dru's trainers were missing which he verbalised, looking confused, and thinking someone was winding him up. John said off-handledly, "oh, Ruby's probably got 'em". So Dru tracked Ruby down and sure enough, there she was, 'babysitting' his trainers, along with all her other doggy toys (more footwear). So Dru managed to slip his trainers on, slobber-free. John then told us a quick tale of how Ruby-the-dog once snaffled Ralph "Streets of London" McTell's sarnies during one of their sessions. Ralph was not best-pleased, allegedly. Piece by piece, the track really started coming together, with Serena getting some really beautifully sensitive/emotive vocals down. Towards the end of the session, Serena went for one last take - it 30 seconds into the accompanying vlog below. At the end of this take Serena's guitar strap broke and her lovely white Marconi Labs guitar dropped to the floor with a sickening <thud> and fucked-up one of the tuners. Luckily, the take was ace (the Marconi relatively unscathed). It then prompted Serena to grab a pretty cruddy (think Woolworths' quality!) acoustic guitar, and added it to the song; we liked that it's in there to assist in warming up the quieter parts. We all huddled in front of John's studio monitors and listened to White Rose one last time over a celebratory beer - Cornish ale, of course! The session was sadly over, though everything was recorded and sounding great, even before mixing! Exhausted and happy. "That's a wrap!"... In the morning we said our "farewell-for-now"s to John and set off, fully energised for our short journey to play in the village of Looe. *actually sprayed some mystical, magical 'Cornish Faerie Dust"™️ all over the songs.

⬆︎ Check out the vlog of our time in the studio up 'ere, dreckly. ⬆︎ Sometime later... John had been teasingly drip-feeding us each remixed song over a short period just before Christmas 2018, each one sounding ace! After a couple of tweaks here and there, John mastered* the seven songs, and we welcomed the birth of our new album in January - what a brilliant start to 2019! It's been quite a journey from London to Prague-via-Deptford to Cornwall, culminating in an album that we're really proud of. Job's a Good'Un.